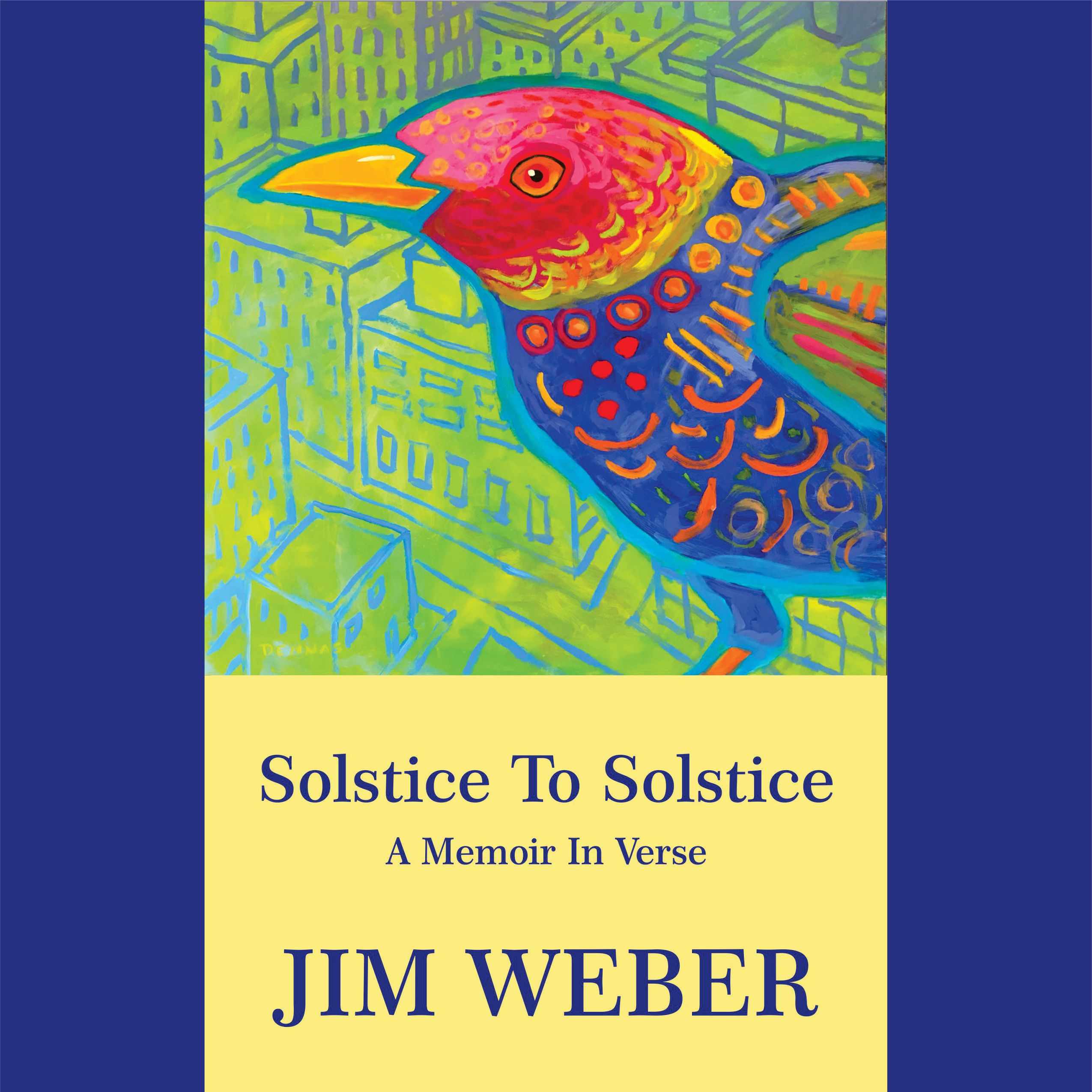 A solstice is when either the day or night is at its longest.

For me personally that happens on those nights when I can't sleep because my brain hasn't gotten the message to shut up already.  This happens about four times a year.  It also happens on those days when I'm passing a kidney stone and it hurts like crazy for a long, long time. That has only happened three times in my whole life, for which I am grateful, though zero would have been better.

But for the whole planet together, the solstice only happens twice a year, once in December when the night is as long as night can get and once in June when the day gets as long as day can get. Its like they have an ongoing ping pong match, tied at 21, and they keep changing serve and winning their point over and over and over.

Solstice appears twice on the cover of my new book, separated, not by six months or a ping pong net, but by the word "to." "Solstice To Solstice" then, means from one solstice to the other, which is the period during which the book was written.

It might be helpful to mention that the subtitle of the book is, "A Memoir In Verse." If you didn't know a memoir from a solstice or a ping pong net, a memoir is a set of memories or thoughts of one's life written down, and "in verse" indicates that they are written in poetic form. So, the book contains poems about thoughts about life between two solstices, all written poetic form.

If you are not familiar with poems, they are very similar to prose (what you are reading right now), except they are written differently on the page.

Of course there are many other things that distinguish poetry from prose, and I learned them in grade school or college or somewhere else long, long ago, about the same time I learned to play ping pong.

But I don't know if you learned them in grade school, or anything at all for that matter, even ping pong, and not being a grade school or college teacher, I don't intent to give a course in the many differences between poetry and prose except to suggest that you could learn a lot more about the convergence of solstices, memoirs, and poetry by buying and reading my book, "Solstice To Solstice - A Memoir In Verse."

There is nothing in there about ping pong. Sorry.